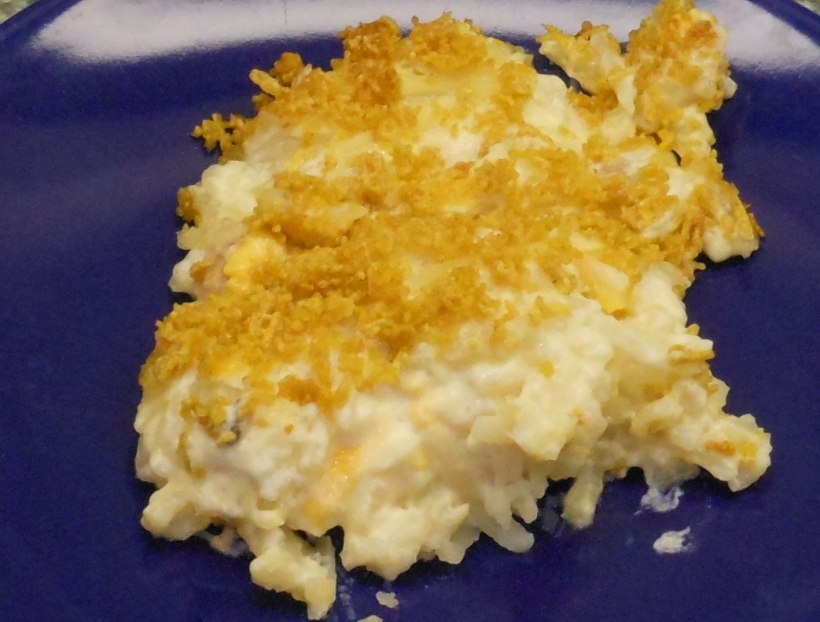 You know what is not a favorite thing of mine?  Prepping the potatoes for this dish.  I hate the cooking and shredding (or chopping), so I don’t make these as often as I’d like.  Also, we’re not big baked potato eaters, so when the craving for these hits, I rarely have potatoes on hand.  Yes, it’s a first world problem, so I’m not complaining too loudly about it.

When I received the prize for this month’s giveaway (enter here!), I realized that the shredded hash browns could be used in all sorts of recipes and not only for traditional hash browns.  As soon as I opened the package Emergency Essentials gave to me to test, I realized that these were absolutely *PERFECT* for Funeral Potatoes.  I resolved to make them asap and did last night.  Let me begin with my recipe. 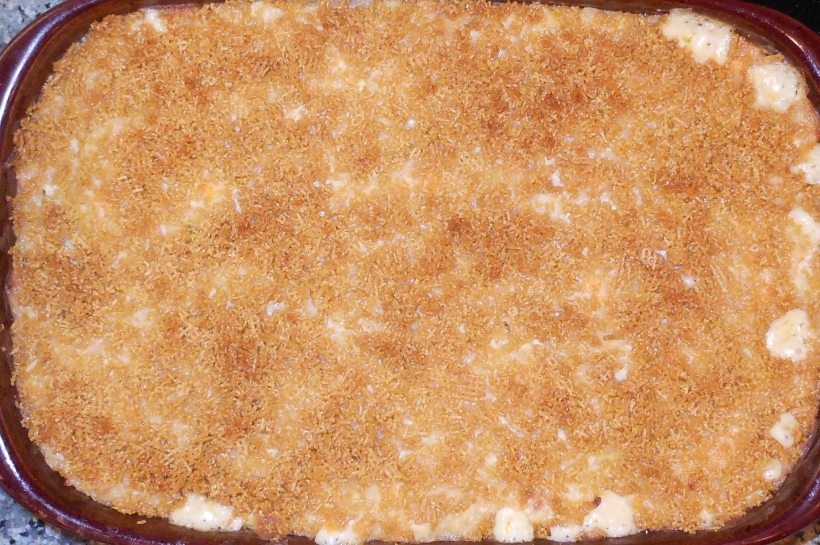 Adapted from a recipe in The Essential Mormon Cookbook

1 cup grated cheddar (I used sharp cheddar, you can use freeze-dried without reconstituting it)

Rehydrate potatoes according to the directions on the package (for mine, I put 4 cups of dehydrated Emergency Essentials’ Hash Browns into 16 cups of salted boiling water and let it simmer for 7 minutes).  Drain hash browns and transfer to a 9×13 casserole dish.  (If using frozen hash browns, it works best if you let them thaw a bit before putting them in the casserole dish, but they do not need to be heated through.)

In a mixing bowl, mix together soup, sour cream, cheese, 1/2 cup melted butter and dried onion until well combined.  Pour over potatoes in casserole dish and stir until the soup mixture is evenly distributed among the potatoes.  Set aside.  Mix together crushed corn cereal and 2 tablespoons melted butter.  Spread over top of potato mixture.  Bake in a 350 degree Fahrenheit oven for 30 minutes or until the mixture is bubbly along the edges and the corn cereal is slightly brown.  Serve warm.

Before I assembled my ingredients, I boiled some water, added a touch of salt, and added 4 cups of dehydrated Emergency Essentials Hash Brown Potatoes. 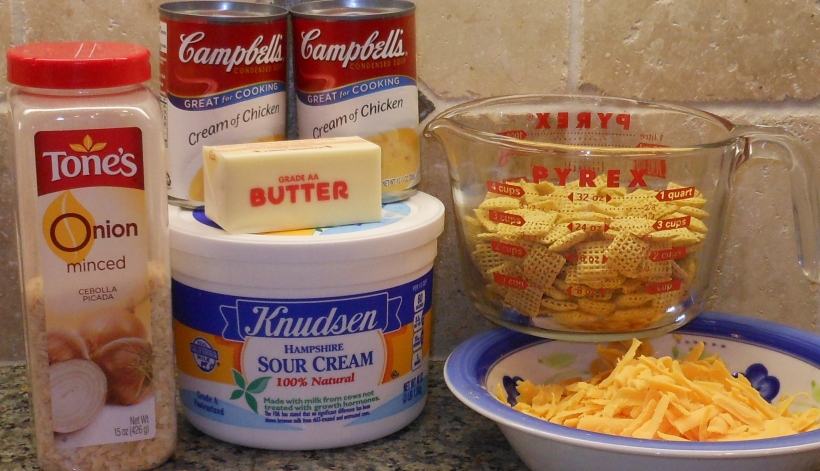 While the potatoes were cooking, I assembled my ingredients.

I mixed the soup and sour cream together, then I added the grated sharp cheddar cheese. 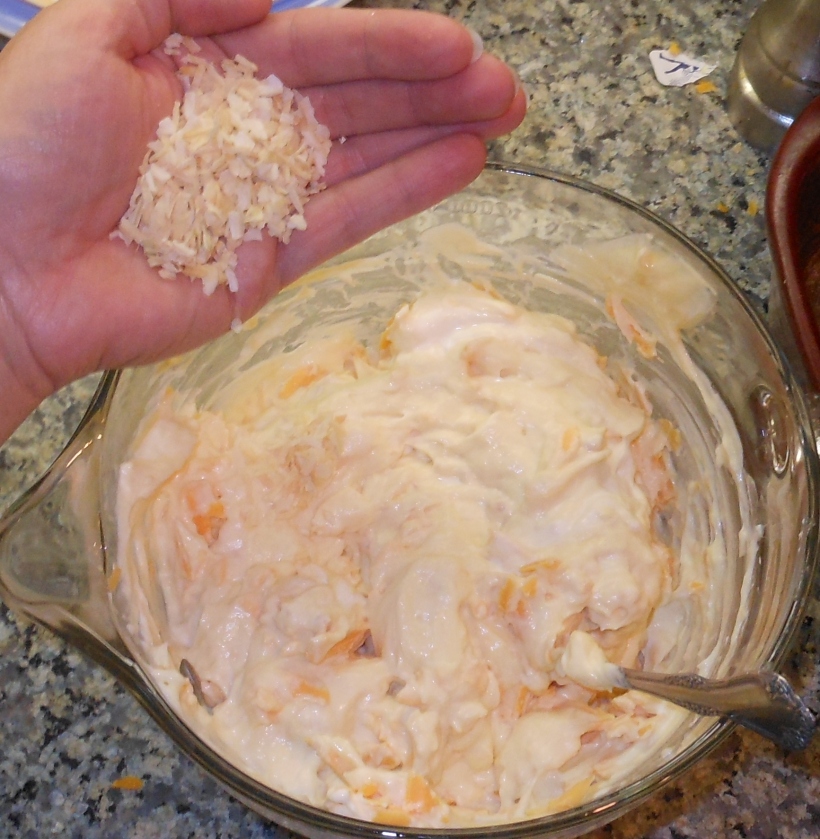 Next, I added the melted butter (I used salted butter), and stirred well to combine.

After 7 minutes, the potatoes were re-hydrated and ready to use. 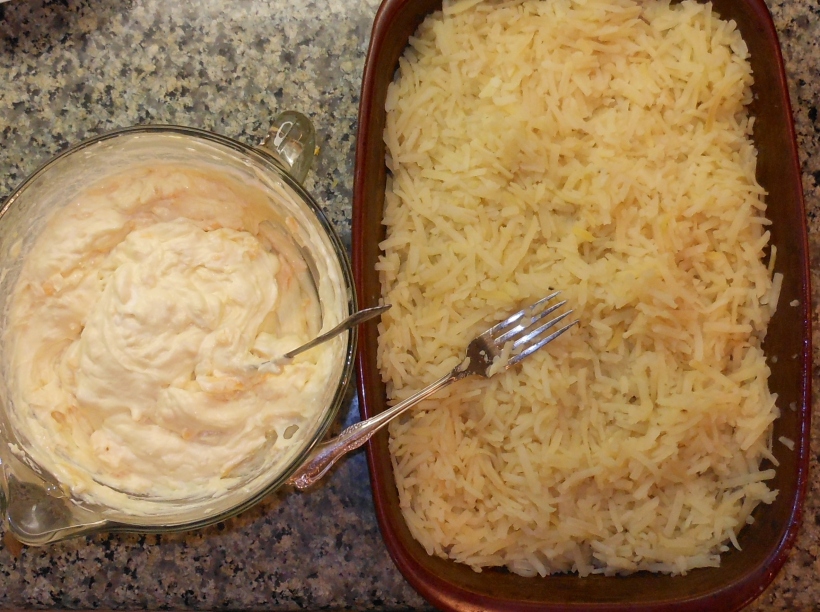 I drained the potatoes and transferred them to a 9×13 casserole dish. 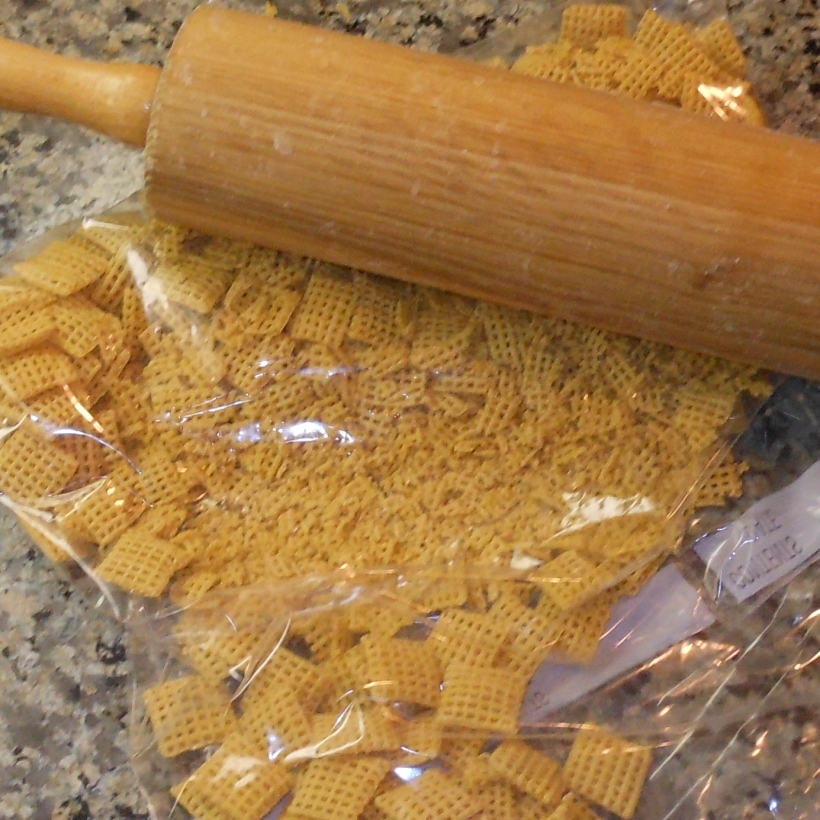 I crushed my corn chex cereal with my rolling pin.  (You know, I love using corn chex in my chex crispy treats.  See my super easy recipe here.) 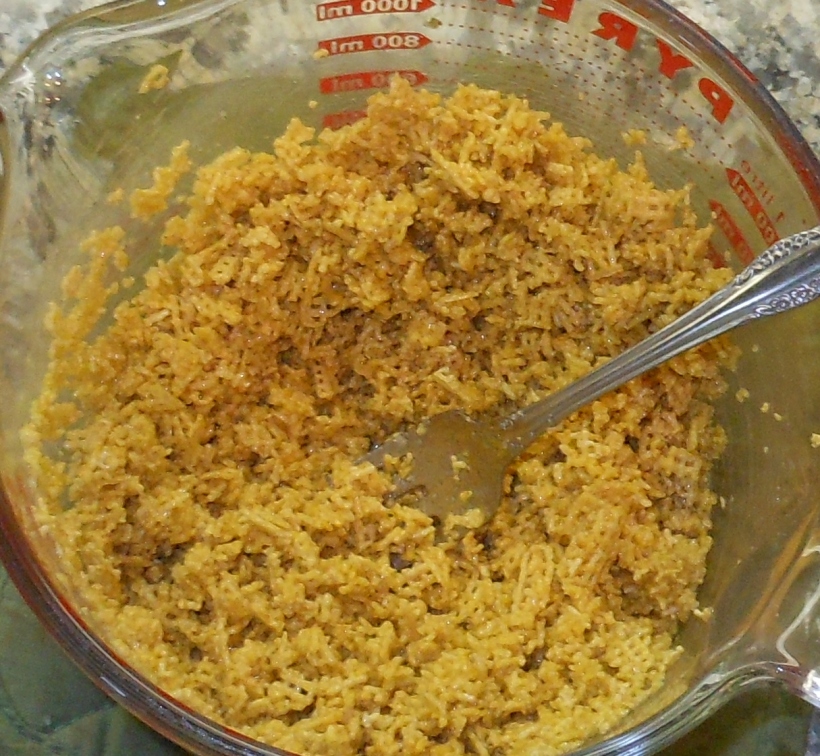 Then, I mixed it with 2 tablespoons melted butter. 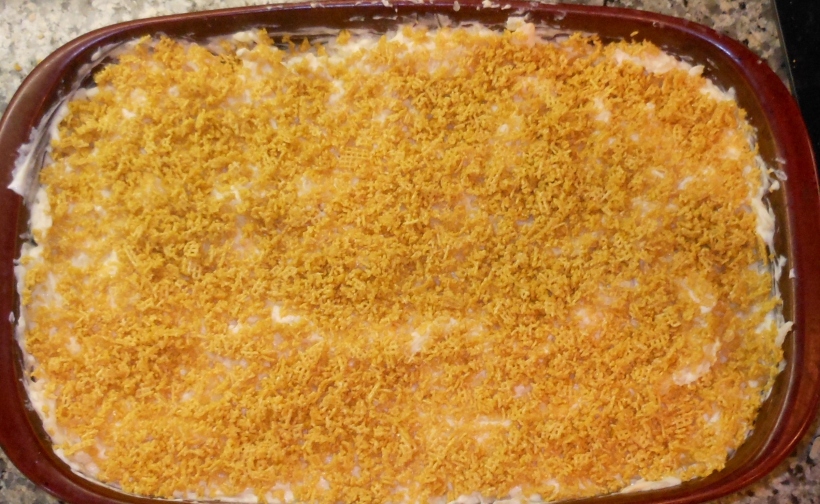 Finally, I topped the potato mixture with the corn cereal/butter mixture and popped the casserole dish in the oven for 30 minutes at 350 degrees. 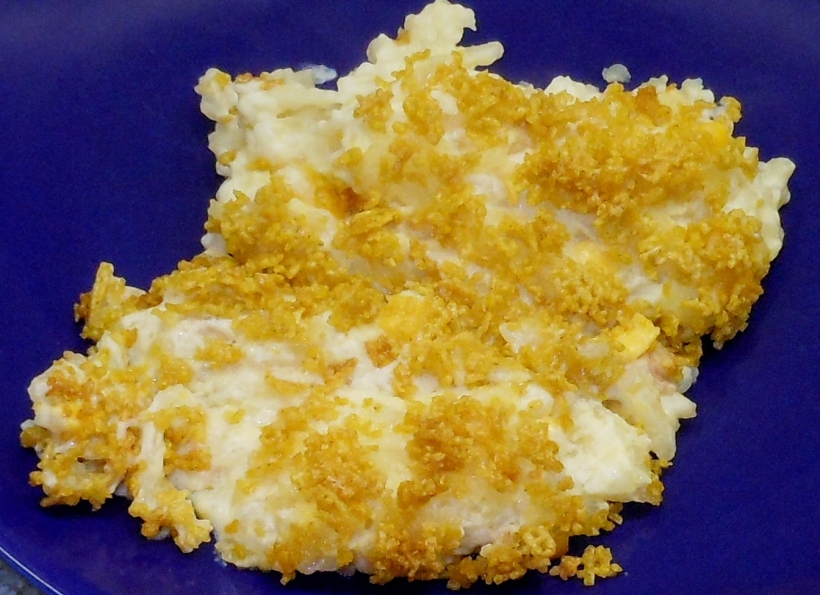 Can you think of another way to use them in your every day cooking?

I am a happily married, stay at home mom with four sons, ages 24, 22, 18, and 14. I'm not a professional blogger, and I'm certainly not a foodie or a chef. But I like food, so I think I'm qualified to write about my own life experience with food. Want to be a little more prepared for the unexpected? Check out my Food Storage Blog, http://forayintofoodstorage.com. Have a question about Food Storage? Email me: forayintofoodstorage@gmail.com.