Only 2 days left to claim your fast and free entry into my May giveaway! To enter, check out my original post here:

My Foray Into Food Storage

We’re halfway through the marathon called May, and I thought it was high time for another giveaway!  Emergency Essentials generously provided our prize.  Thank you!!!  They were also kind enough to give me a second item to test, so I can honestly tell you what I think about it.  And I like it…  A LOT!  What am I giving away? Take a look… 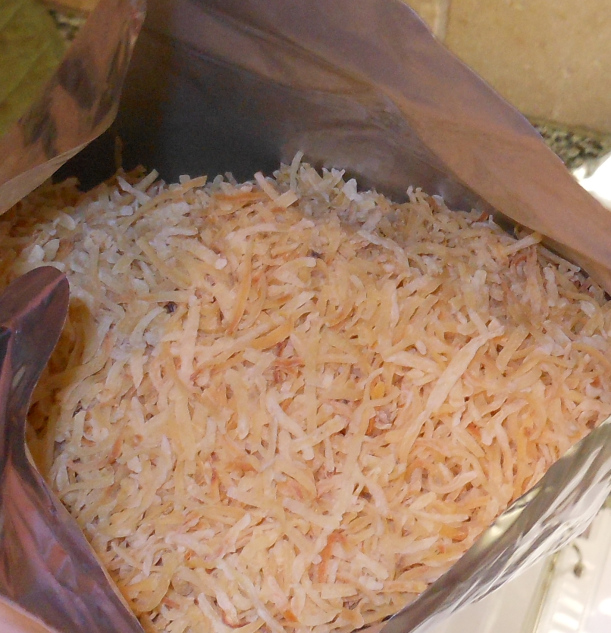 Hash Browns!  See them on Emergency Essentials’ website here.  They’re on sale for $19.99 this month with an additional $1 off per bag if you purchase 6 bags!

Dehydrated hash browns!  A HUGE bag of them with 143 servings!  They rehydrate quickly and easily making them perfect for everyday use in my house (and yours).  Sure, I can go the traditional route and use them to make hash browns, but I decided to start with something a little different.  I made potato soup with…

This month’s giveaway features a HUGE 6 pound bag of Emergency Essentials dehydrated hash browns.  They can be used to make all sorts of dishes whenever you would use potatoes.  I featured potato soup here (and that’s where you can enter to win this wonderful prize), but I thought you might want to see how they are when you make traditional hash browns.  Here’s my photo step-by-step. 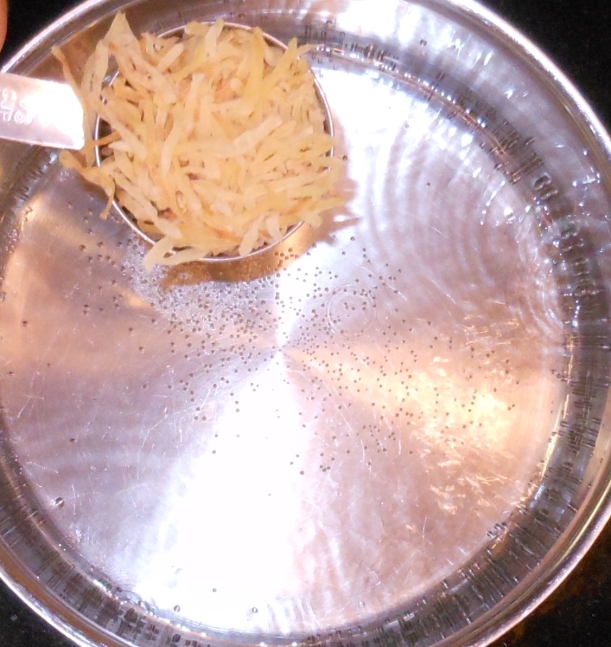 I started by bringing 2 cups of salted water to a boil. Then I added 1/2 cup of dehydrated Provident Pantry Hash Browns. 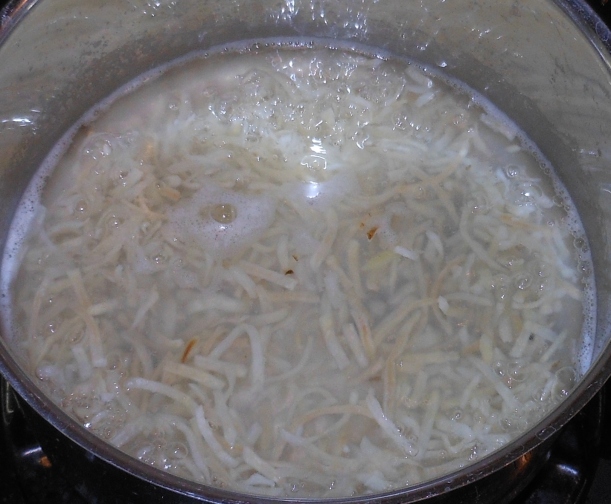 I simmered the potatoes for about 7 minutes, and they plumped up quite nicely.

See? They expanded and measured just shy of 1 cup of rehydrated hash browns. 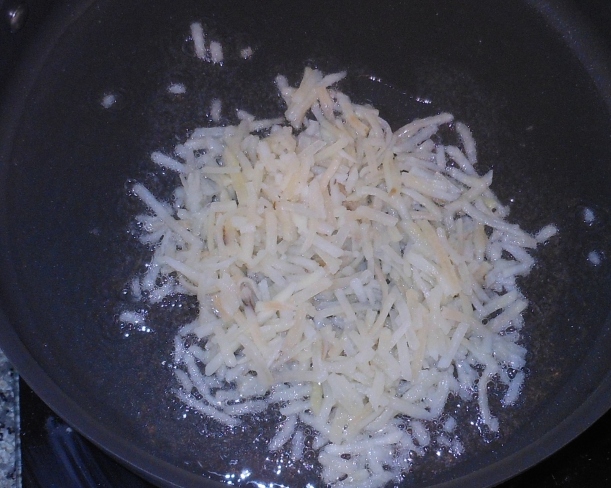 I preheated my non-stick pan over medium high heat, added some oil, and placed the drained rehydrated hash browns in the pan. 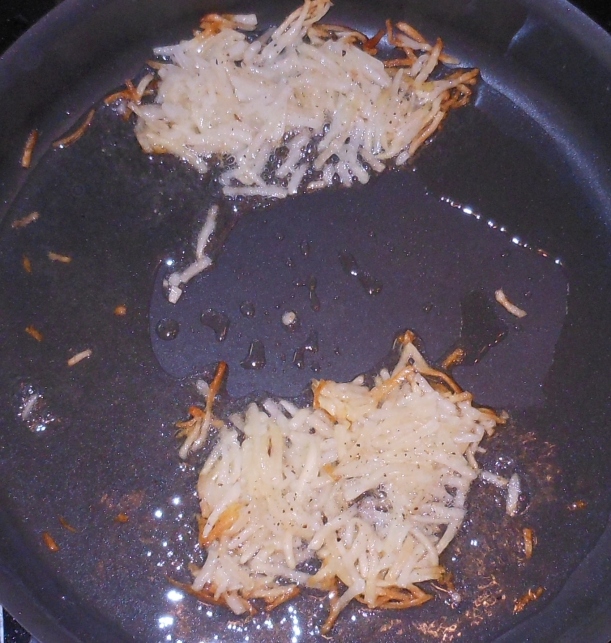 I flipped them so they could brown just a touch on the underside (although they were cooked and hot throughout the hash brown).

I removed them from my pan and placed them on paper towels for a couple of minutes to drain some of the excess oil. I’m sure they would have tasted just fine, but any fat I can remove is a plus for my cholesterol! Then I plated and served them. Of course, my son ate them all, and he declared them good!

These were super simple to make and were quite tasty.  I’d definitely make them again and I’m sure my family will be thrilled when I do.  I generally don’t make hash browns, because they turn out so much better when I’ve cooked the potatoes beforehand, and I just don’t want to take the time to do so most days.  I had hash browns on the table within 15 minutes, which is a huge time savings.  The fact that they tasted so good makes me never want to make them from scratch again!

What is your favorite quick and easy breakfast?